The army goes off the grid

in Regulation
Reading Time: 10 mins read
A A 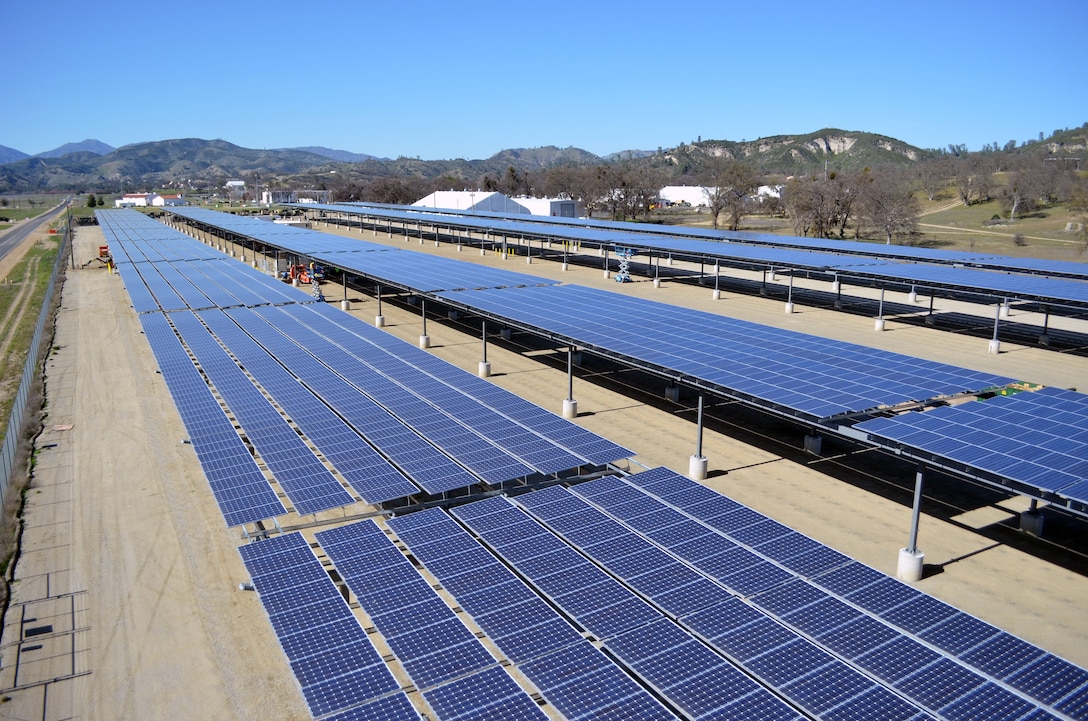 With help from Derek Robertson

One of the most interesting experiments at the intersection of tech and energy is unfolding not in Silicon Valley but inside the Pentagon. The Army wants to build a “microgrid” at every base around the world by 2035.

Microgrids can run on their own without external energy, and can also feed electricity back into larger grids when there is a surplus. They are sophisticated enough to balance the load between lots of different energy sources (like solar panels) and variable demands on electricity. If the pilot program succeeds, it will make the Army not only greener, but also more self-sufficient. And Katie Savage, a Pentagon civilian who leads the microgrids program, says she hopes the Army’s deployment of microgrids will lead to a broader cultural shift, leading communities across the country to shift away from traditional utilities.

The Army has built a floating island of solar panels in a North Carolina lake that makes a bit over a megawatt of electricity; a 10 megawatt array in Alabama ;and a 30 megawatt one in Georgia. All told, the Army has installed over 500 megawatts worth of renewable capacity in recent years. Fort Hunter Liggett, about halfway between San Francisco and Los Angeles, is currently building a microgrid that will allow it to supply all of its own electricity for up to two weeks at a time — the first Army base to do so. It will be tested by May 2023 at the latest as part of a pilot program, along with a newer prototype at the Camp Parks base some 30 miles east of San Francisco, which will be built starting early next year.

The microgrid system at Fort Hunter Liggett uses solar arrays to generate electricity and batteries to store it. It will be able to respond in as little as a thirtieth of a second to changes in electrical supply or demand.

Savage worries about cyber vulnerabilities that are introduced because microgrids feed energy back into the broader grid.

“Frankly, the entire way that the energy system is architected in the US is extremely vulnerable,” said Savage. Her goal is to not only make America’s electricity system more environmentally responsible, but also more resilient to attacks.

“Your utility company owns your data. It’s the same thing for an army base or installation,” said Savage. She wants to use artificial intelligence to “scan for anomalies” in data being fed to microgrids from utilities.That data, she says, could be used to bring down a microgrid.

Her worries are well-founded. In August, a hacker at the DEFCON conference in Las Vegas disabled solar panels and a wind turbine in an exercise by feeding a model Pentagon microgrid false weather data.

Nevertheless, the Army is moving quickly. Savage says she expects to start building microgrids at some 134 bases by May 2023.

5G is fighting climate change. According to Accenture, 5G’s impact across just five industries will help the United States meet 20% of its climate change goals by 2025. That’s equivalent to taking nearly 72 million cars off the road. Learn more about how 5G is making this happen, and how wireless industry innovation and commitment is helping create a more sustainable future.

More static on the stablecoin front: An effort from Reps. Maxine Waters (D-Calif.) and Patrick McHenry (R-N.C.) to introduce legislation that would bring stablecoin issuers under federal oversight is foundering in committee, POLITICO’s Sam Sutton and Kate Davidson reported in today’s Morning Money.

No one can quite agree on how the specifics, including “state-level crypto regulation and digital wallet disclosures,” will be handled. Like other crypto legislation including the sweeping bill introduced by Sens. Kirsten Gillibrand (D-N.Y.) and Cynthia Lummis (R-Wyo.), or one from Sens. Debbie Stabenow (D-Mich.) and John Boozman (R-Ark.) aimed at clarifying regulatory jurisdiction, the tech is simply both too little-understood and too fast-developing for legislators to reach consensus around it — never mind in an election year.

The news coincides with another development that highlights just that: Stripe, a digital payment service used by more than 4 billion people globally, announced last week that it was adding payouts in USDC, the second-largest stablecoin by market cap, which is pegged to the U.S. dollar. Stripe says the move is meant to add speed and reach for payments to users across the globe with slow or inconvenient banking access, making those products a growing part of the global economy with or without U.S. legislative action. — Derek Robertson

As the latest salvo in the battle over whether cryptocurrencies qualify as securities or not, the lawsuit is unequivocal. It accuses Nexo, which has collected more than $800 million in investments according to the complaint from Vermont (one of the seven other states to sue along with New York), of not just offering illegal securities but also of violating the law by “falsely denying that it was transacting in securities or commodities.”

Nexo said in a statement that the company is “committed to finding a clear path forward for the regulated provision of products and services in the U.S., ideally on a federal level.”

The bill currently making its way through the Senate Agriculture Committee, sponsored by Sens. Debbie Stabenow (D-Mich.) and John Boozman (R-Ark.), would do just that, by giving more explicit regulatory authority over crypto to the Commodity Futures Trading Commission. But as with the stablecoin fracas, there’s no guarantee, or even indication, that a consensus will be reached anytime soon. — Derek Robertson

If you’ve had this newsletter forwarded to you, you can sign up and read our mission statement at the links provided.

5G is helping address the challenge of climate change. These networks are unleashing new use cases across industries that are increasing efficiency and lowering emissions. 5G innovation across transportation, manufacturing, energy, agriculture and everyday life will transform the way we live and work – and have an equally transformative effect on our ability to tackle this generational challenge. According to Accenture, next generation 5G networks will help America meet 20% of our emission reduction goals by 2025. That’s equivalent to taking nearly 72 million cars off the road. Learn more about how 5G is making this happen, and how wireless industry innovation and commitment is helping create a more sustainable future. 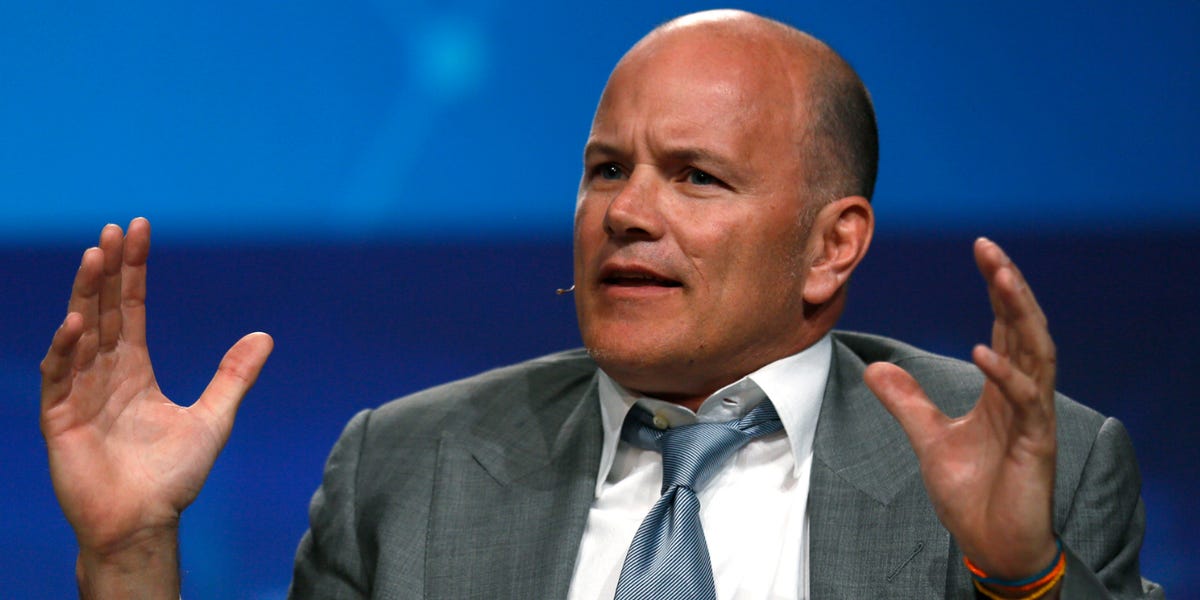 The FTX disaster has created a "deficit of trust" in crypto, according to bitcoin bull Mike Novogratz. The industry should...

Until it collapsed this month, FTX was becoming a force for normalizing cryptocurrencies in Africa, through marketing campaigns that enlisted...

A group of Democratic senators is urging federal regulators to review the crypto trading activities of fintech bank SoFi. ©...

Inside FTX’s crypto empire in the Bahamas

As crypto fintechs scramble to raise capital after being exposed to the collapse of FTX, more details are coming to...

What’s going on with Silvergate, the bank that props up the U.S. crypto market?