Shiba Inu Gets Invite From WEF To Talk About Metaverse 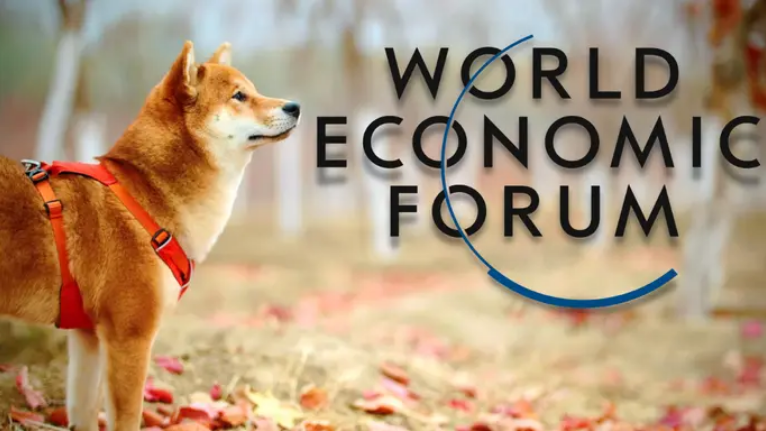 The Shiba Inu community is currently in the midst of an online voting that will determine if the project will accept the invitation of the World Economic Forum (WEF) to be its partner in working for a Global Metaverse Policy.

At the time of this writing, more than 18,000 votes have already been casted for the poll that is being run by SHIB developer Shytoshi Kusama via Twitter, with over 60% being in favor of accepting the offer for a partnership with WEF.

Kusama had earlier clarified that the metaverse-related undertaking will also involve Meta, Decentraland and Sandbox.

Sadly, even with this positive development and an apparent show of trust for Shiba Inu, its SHIB token continues to struggle in climbing to higher spot trading prices.

According to latest tracking from crypto data aggregator Coingecko, at press time, Shiba Inu is changing hands at $0.00000903 and has already lost almost 2% of its minimal value over the last seven days.

The ongoing bear market had already taken its toll on the meme crypto which was forced to relinquish its place as the 14th largest cryptocurrency in terms of market capitalization.

Although the asset managed to increase its overall valuation by 8% during the last 24 hours, it wasn’t enough to recapture its previous spot in the list as it settled as 15th courtesy of its $5.32 billion overall valuation.

Despite this dismal performance, top Ethereum whales recently displayed their unwavering trust for the crypto which accounted for 3.14% of their total holdings with an estimated value of around $70 million.

Moreover, there is also a significant increase in terms of active addresses for the asset, from over 80,000 in late October to around 130,000 right now.

The Shiba Inu community remains in full anticipation of the Shibarium, a Layer 2 scaling solution that will be built on top of the SHIB protocol which will allow it to function more like an individual network.

It has a built-in mechanism that will enable coin holders to burn their tokens in hopes of reducing its excessively abundant supply.

For now, though, the community will have to settle for Shiba Eternity, a blockchain-based card game that was launched in September of this year.

This TCG, much like the Shibarium, also plays a vital role in burning of SHIB tokens while increasing its demand which, in turn, will most likely trigger an upward movement in its price. Digital asset exchange Binance has agreed to help Georgia to develop its cryptocurrency sector by launching educational and other blockchain...

During the past two weeks, members of the cryptocurrency community have discussed the non-fungible token (NFT) concept known as Ordinals....

Reduced To Penny Stocks In 2022, Public Bitcoin Miners Are Primed To Come Back

After a historically-bad year for bitcoin mining, public companies that fell into penny stock status surged back in January following...