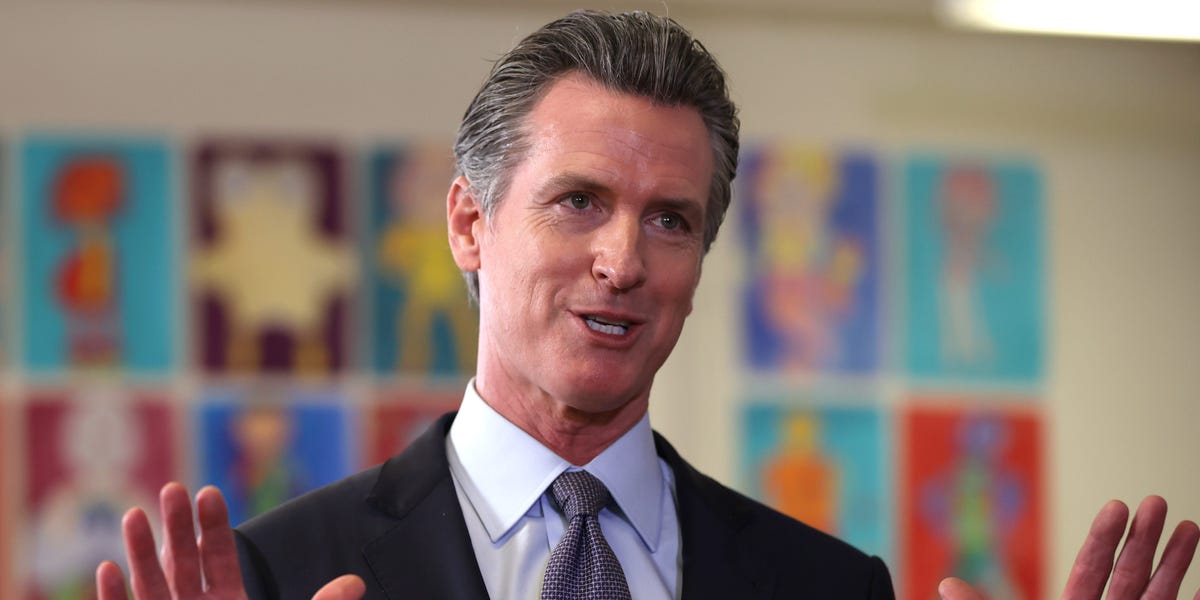 California’s crypto regulation law would inch the state closer to having oversight of crypto exchanges. In August, the California State Assembly passed the Digital Financial Assets Law, which would require cryptocurrency and digital asset exchange companies to get a license before they’re allowed to operate in the state.

The bill, which was sent to Governor Gavin Newsom on September 12 and still needs his signature, has faced opposition from cryptocurrency companies and interest groups. It resembles New York’s “BitLicense” law, which went into effect in 2015 and similarly requires crypto companies to obtain a state license.

California’s bill also says that stablecoins — or, cryptocurrencies whose price is tied to a real-world commodity — can only be issued by a bank, or licensed by the California Department of Financial Protection and Innovation.

Insider filed a public record request asking for a record of all the individuals and groups that contacted California’s State Assembly about the law, which also goes by Senate Bill or Assembly Bill 2269. The documents responsive to the request show that 18 organizations and coalitions wrote to state representatives about the bill.

The Blockchain Advocacy Coalition wrote to Assemblymember Grayson on August 26. It said that it was opposed to SB 2269 unless it was amended. It said that the registration requirements for digital asset companies are “onerous,” criticized the stablecoin ban, and argued that the definition of “digital financial asset” in the bill is unclear.”

The Electronic Transactions Association wrote to Assemblymember Tom Umberg on June 24  and Assemblymember Grayson on August 26 saying that it was opposed to 2269 unless it was amended. It said that the registration requirements are “overly burdensome,” criticized the stablecoin ban, and said that the definition of “digital financial asset” in the bill presents “ambiguity.”

Blockchain Association wrote to Assemblymember Grayson in an undated letter expressing its opposition to AB 2269. It criticized the stablecoin ban, and said that the registration requirements were “deeply onerous and unworkable” for many companies.

The Blockchain Association has 91 member companies, including Genesis, Consensys, and US Bitcoin Corp.

The California Credit Union League, which represents more than 230 credit unions, wrote to Assemblymember Grayson on July 13. It said that it would support AB 2269 if it was amended to provide credit unions with the same exemption status granted to banks. The current text of the bill currently has this exemption.

Chamber of Progress, a tech industry association with 31 member companies, wrote to Anthony Portantino, state senator and chair of the Senate Appropriations board, on July 27, and Assemblymember Grayson on August 25. The association said that it would support SB 2269 if it was amended. It argued that the registration requirements would hurt smaller companies, and encouraged the state to establish “crypto license reciprocity” with other states, like New York, and to introduce a “provisional license” for applicant companies.

The Sunstone Trust Company wrote to Assemblymember Grayson on June 21 saying that it would support for AB 2269 if it was amended to “include California-chartered trust companies, along with depository banks, as exempt from licensure” under the law.

The Money Services Round Table, a consortium of leading “non-bank money transmitters,” wrote to Assemblymember Grayson on August 19 expressing its opposition to AB 2269. It argued that digital asset company licenses should be issued under existing money transmission licensees, and argued that the existing registration requirements would “create undue burden” on companies.

The Money Services Round Table’s member organizations, according to the letter, include American Express, Western Union, MoneyGram, RIA Financial Services, and Sigue Corporation.

The California Bankers Association wrote to Assemblymember Grayson on June 26 expressing its support for AB 2269. It said that cryptocurrency companies have the potential to “expand consumer participation” in finance, but volatility presents “peril,” and regulation could provide “safety and soundness.”

A few pro-consumer, pro-economic opportunity coalitions wrote to state assembly makers to express their support for AB 2269. They all said that the lack of regulation has enabled a host of cryptocurrency scams and that the registration requirements and stablecoin restrictions would protect consumers and increase the transparency of cryptocurrency transitions.

California Low Income Consumer Coalition joined the coalition listed above, all writing to Senator Portantino on July 25 expressing their support. Then, Consumers for Auto Reliability and Safety, Sacramento Capitol Service Employees International Union, The Greenlighting Institute, and the Older Women’s League joined this coalition in a joint letter of support to Assemblymember Grayson on August 26.

One group wrote in without expressing a position on the bill.

The Crypto Council for Innovation wrote to Assemblymember Tim Grayson, chair of the state assembly’s Banking & Finance Committee, on June 20 and said that its members “are reviewing the bill in detail and hope to provide meaningful feedback soon.” There was no follow-up correspondence in the public record request. The council’s members include Andreessen Horowitz, Block, Coinbase, Electric Capital, Fidelity Digital Assets, Gemini, Paradigm, and Ribbit Capital.

Got a tip? Contact this reporter at chaskins@insider.com or caroline.haskins@protonmail.com, or via secure messaging app Signal at +1 (785) 813-1084. Reach out using a non-work device.

FTX To Raise $1B To Maintain $32 Billion Valuation

NEW DELHI : The adoption of cryptocurrencies in India is expected to fall rapidly in the second half of the...

Benjamin Cowen: ‘Regulatory Concerns for the Altcoin Market’ Could Make Alts ‘Go Down a Lot’

Recently, crypto analyst Dr. Benjamin Cowen, who is the Founder and CEO of Into The Cryptoverse (ITC), expressed his concerns...

Estonia’s Financial Intelligence Unit has issued its first license to a crypto service provider under the country’s new regulatory framework... 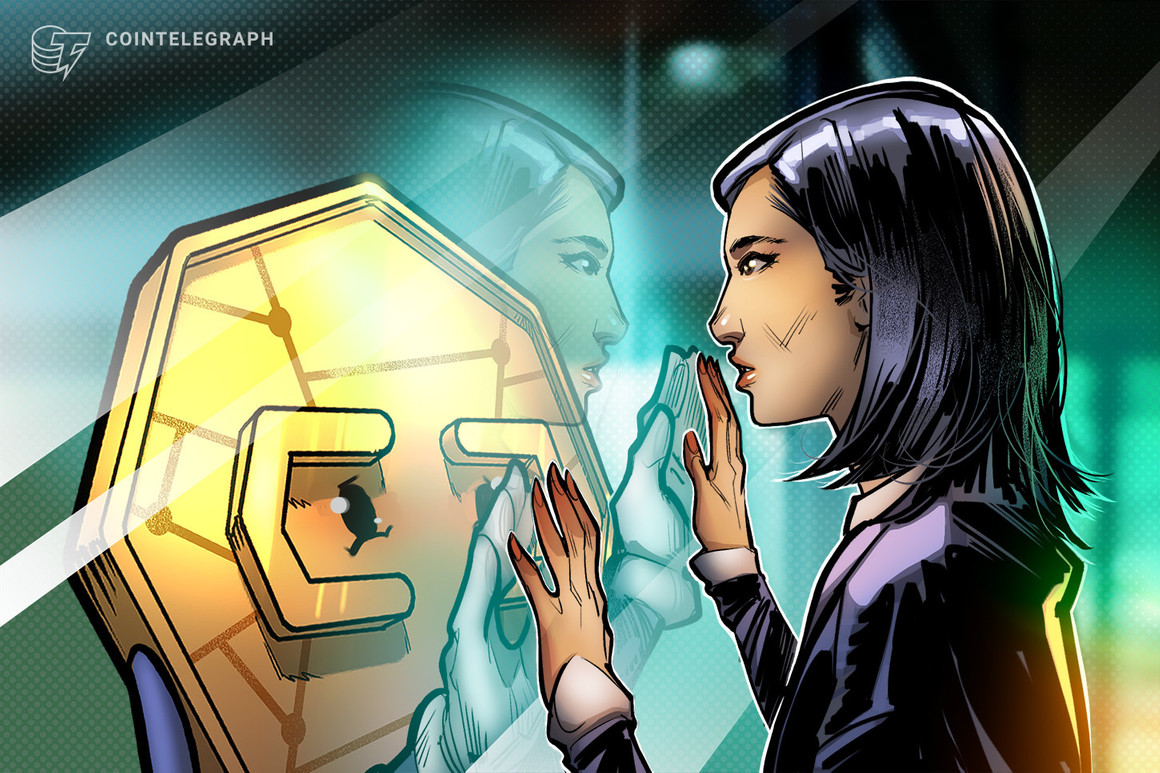 Adding to the existing regulatory hurdles for the crypto ecosystems, California Governor Gavin Newsom refused to sign a bill that...

FTX To Raise $1B To Maintain $32 Billion Valuation

Waves.Exchange Accused Of Unjustly Locking Account Of A User Worth Over $370k

100s Of Projects Are Excited To Launch, Says Hoskinson